Have you read anything by this year’s Nobel laureates? If you have not read Olga Tokarczuk or Peter Handke, you’re in good company. The good news is that – if you want – you can read other Nobel laureates today. Free of charge!

We have looked at two of this year’s Nobel laureates, one in medicine (William Kaelin) and one in economics (Abhijit Banerjee) and examined accessibility to their publications.

Most publications by Kaelin and Banerjee can be accessed immediately, for free, since they are available open access. At the library we often and gladly tell about open access – OA – and its importance in making research reachable to everyone.

We based the analysis on the publication lists the researchers themselves have posted at Harvard (William Kaelin) and MIT (Abhijit Banerjee) respectively. We examined which and how many publications we could access without using a library login. We installed a free plug-in – UnPaywall – which marks with a green padlock if an open access version of the article is available. (Clicking on the padlock takes you to the open access version of the publication!)

What did we find?

The vast majority of their publications can be accessed without using library subscriptions. 81% of Kaelin’s publications can be accessed, 100% of Banerjee’s. These are exceptionally high numbers. By comparison, LiU is the best in Sweden in parallel publishing with 54.3 percent. However, we only looked at two Nobel laureates: maybe it is a coincidence that the proportion of OA is so high?

What does your publication list in DiVA look like? At LiUB, we check if and when you can post your publications on DiVA without breaking your contracts with the publishers. If you have uploaded a full text in DiVA, we include a cover page stating where the text was originally published.

How did we do it?

Posted in In English. 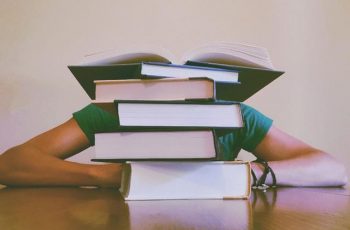