The Birth of “Data Problems”: A Cultural Techniques Perspective on Some of the Major Concerns of the 1970s

The seminar will be held in Swedish or English depending on who is joining the seminar.

During the 1970s the problems of the environment and of the population were reframed in a manner that still much influences our conception of them. How to make sense of the interaction between forces of environmental pollution? How to uphold the privacy of individuals as the knowledge banks of governmental agencies were coordinated?

In my doctoral disseratation Kretslopp av data [Cycles of Data] (Mediehistoriskt arkiv, 2021), I argue that we need to understand these problems – which superficially may seem far apart – as consequences of changes within data management. Beneath the political mobilization of environmental movements as well as the stormy debates of privacy during these years we find what I choose to call the infrastructures and cultural techniques of early digitalization. These, I argue, contributed to presenting the environment and the population as “data problems”. That, in turn, gave rise to a number of changes in administrative offices and state archives and the work carried out there. In my lecture I wish to highlight a few aspects of this development.

Read more about COMPASS – A Research Hub on Knowledge Circulation 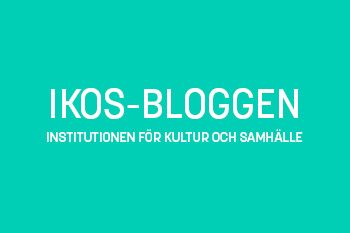