This post presents my position statement for the W3C Workshop on Web Standardization for Graph Data.

Update (November 18, 2020): Work on a spec that defines the approach has started.

Update (April 23, 2020): In addition to the two RDF graph database systems mentioned in
the blog post (Blazegraph and AnzoGraph), two more such systems have added support
for RDF* and SPARQL* in the meantime; these systems are Stardog and GraphDB.

The lack of a convenient way to annotate RDF triples and to query such annotations has been a long standing issue for RDF. Such annotations are a native feature in other contemporary graph data models (e.g., edge properties in the Property Graph model) and there exist a number of popular use cases, including the annotation of statements with certainty scores, weights, temporal restrictions, and provenance information. To mitigate the inherent lack of a native support for such annotations in the purely triple-based data model of RDF, there exist several proposals to capture such annotations in the RDF context (e.g., RDF reification as proposed in the RDF specifications, singleton properties, single-triple named graphs). However, these proposals have a number of shortcomings and none of them has yet been adopted as a (de facto) standard.

We are proposing an alternative approach that is based on nesting of RDF triples and of query patterns. This approach has already attracted interest not only in the RDF and Semantic Web research community (as indicated by some blog posts and by winning the People’s Choice Best Poster Award at ISWC 2017) but also among RDF system vendors. In fact, the approach is already supported in two commercial RDF graph database systems (Blazegraph and AnzoGraph) and in an extension of the popular Open Source framework Apache Jena. Important properties of the approach are that

The goal of this position statement is to bring the approach to the attention of the workshop attendees and to put on the workshop agenda a discussion regarding standardization opportunities for this approach.

In the remainder of this position statement we outline the approach and elaborate more on its properties.

Overview of the Approach

The basis of the proposed approach is to extend RDF with a notion of nested triples. More precisely, with this extension, called RDF*, any triple that represents metadata about another triple may directly contain this other triple as its subject or its object. For instance, suppose we want to capture a statement indicating the age of Bob together with the metadata fact that we are 90% certain about this statement. RDF* allows us to represent both the data and the metadata by using a nested triple as follows.

Notice that we write the nested triple using an extension of the RDF Turtle syntax that captures the notion of nested triples by enclosing any embedded triple using the strings ‘<<‘ and ‘>>’. This extended syntax is called Turtle* and it is specified in Section 3.3 of our technical report.

Given the outlined notion of RDF* which supports (arbitrarily deep) nesting of triples, the crux of the proposed approach is to extend the RDF query language SPARQL accordingly. That is, in the extended query language, called SPARQL*, triple patterns may also be nested, which gives users a query syntax in which accessing specific metadata about a triple is just a matter of mentioning the triple in the subject (or object) position of a metadata-related triple pattern. For instance, by adopting the aforementioned syntax for nesting, we may query for all age-statements and their respective certainty as follows (prefix declarations omitted).

Notice that the query is represented in a very compact form; in particular, in contrast to the corresponding queries for other proposals (e.g., RDF reification, singleton properties), this compact syntax does not require users to write verbose patterns or other constructs whose only purpose is to match artifacts that these proposals introduce to establish the relationship between a triple and the metadata about it.

In addition to nested triple patterns, SPARQL* introduces a new type of BIND clauses that allows us to express the example query in the following, semantically equivalent form.

The latter example also highlights the fact that in SPARQL*, variables in query results may be bound not only to IRIs, literals, or blank nodes, but also to full RDF* triples. For a detailed formalization of SPARQL*, including the complete extension of the full W3C specification of SPARQL, refer to Sections 4-5 of the technical report.

Properties of the Approach

We emphasize three orthogonal perspectives on the proposed approach: 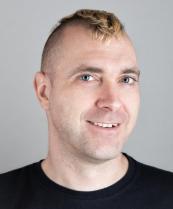